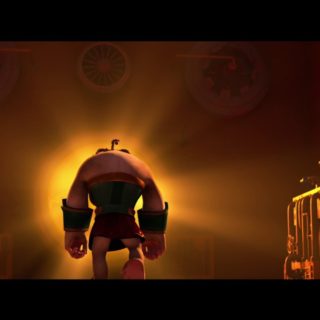 Spark: A Space Tail or simply Spark is a 3D computer animated movie. It is the story of a teenage monkey named Spark and his friends. A perfect mixture of science, fiction, adventure and comedy, is a different take but much depends upon animation and the voiceover.

Spark is a teenage monkey and he’s shown as a pleasure loving wise creature that takes everything for granted. He has three friends – Vix the fox and Chunk the warthog. One day he embarks on a mission with his trusted friends. They traverse the universe and confront challenges on their journey. But there is also a story behind this story. Spark isn’t any monkey but he had a small and caring family. One day, an evil man General Zhong destroyed his small and happy world. But the danger isn’t over as he is back with his evil plans.

Spark was a small monkey when his family was wiped out but now he is a teenager with a wise brain to plan and trustworthy companions to execute the plans. Spark won’t let his childhood story repeated again. Thirteen years ago, his family was eliminated and he had to spend his … Continue Reading 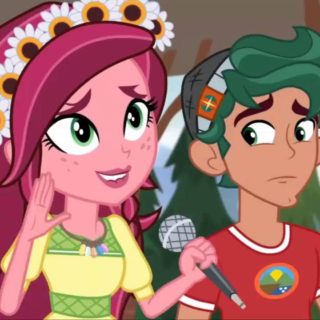 The story is interesting as it has thrill, suspense and emotions. A group of high-school students sets for an adventurous trip to Camp Everfree. It is a nature camp owned by Gloriosa Daisy and her brother Timber Spruce. The owners take the high-school students including Twilight Sparkle, the main cast of the movie, and her friend Sunset Shimmer. Story starts with Timber getting overpowered by “Midnight Sparkle” and the story moves with discovery of a forest spirit Gaea Everfree.

Gaea Everfree doesn’t like construction of camp in the forest that is her home. She also dislikes presence of human that are strangers to the spirit. To discourage students from camping, Gaea starts a series of attacks on the campers. The spirit uses her magical powers to terrorize the campers but at the end, it is found that there is no such spirit and Gloriosa Daisy is playing Gaea with … Continue Reading