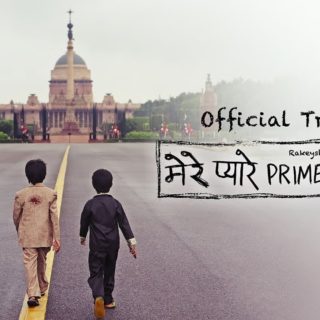 Mere Pyare Prime Ministeris a content based movie by Rakeysh Omprakash Mehra. The lead actor in the movie is an 8-year old slum boy Kanhu (Om Kanojiya) who writes a letter to the Prime Minister to inform him about the ordeal he and his mother Sargam (Anjali Patil) go everyday.

Sargam is raped by a stranger when she was coming back home after open defecation. And now Kanhu wants the Prime Minister to build toilets for slum dwellers. And like other rape victims, Sargam is also criticized by the community. Kanhu wants to help his mother by providing her a toilet and in his opinion the Prime Minister is the right person to ask for toilet.

The trailer starts on a soft note but the feelings of the 8-year old Kanhu towards his mother, the society and the system make it emotional. The boy is seen doing odd jobs sometimes selling condoms on streets to earn a living for his family. Undeterred by the obstructions the system poses, the boy lands at the door of PMO. 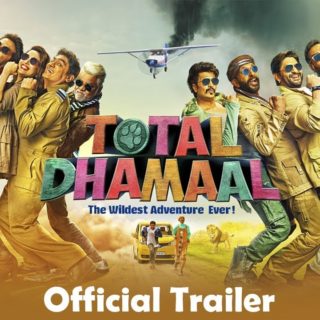 First it was Dhamaal in 2007; second installment was Double Dhamaal in 2011 and the third is Total Dhamaal releasing on 22 February 2019. Like the previous installments, it is also a hilarious comedy but what makes the third installment different it inclusion of Madhuri Dixit and Anil Kapoor. Other stars of the movie are Ajay Devgn, Arshad Warsi, Riteish Deshmukh,JavedJaffery and Johnny Lever.

All the characters go into a wild adventure for a treasure heist of 50 crore. And they took different routes to reach the destination that is far away in Janakpur located in high hills. On the way, they cross dangerous bridges, come out ofquick sand, cross desert, ride tidal waves, climb steep hills and encounter wild animals. They want to reach the destination before others to get the money. The trailer gives a glimpse of their hilarious and adventurous journey and the deadly encounters.