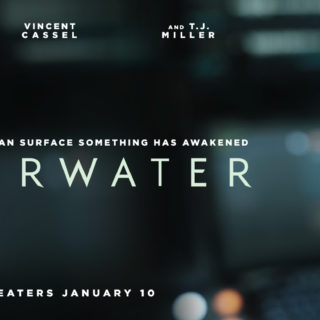 The poster has Norah Price trying to assess the danger lurking towards their underwater lab. She’s wearing her swimsuit and has … Continue Reading

Tanhaji is the movie of an unsung hero of the Maratha empire, Tanhaji Malusare, the hero of the battle of Sinhagad between Maratha forces and the Mughal army.

The Mughal Emperor Aurangzeb plans southward expansion from the strategic hill fortress Kondhana. He deputes has Uday Bhan Singh Rathod (Saif Ali Khan) to take control of the fort. On the other hand, Marathas plan a muhim to recapture the fort to prevent the southward advance of the Mughal empire. The brave Maratha subedar Tanaji Malusare (Ajay Devgn) and thus begins the battle of Sinhagad.

Story of Tanaji Malusare in a never before manner

Kajol joins her husband after almost a decade

The poster features Ajay Devgn, Saif Ali Khan, and Kajol but it is Ajay Devgn as Tanaji Malusare that captures the larger part despite being in the background. On the front, there is a shining sword with Saif Ali Khan and Kajol featuring on either side of the sword. … Continue Reading