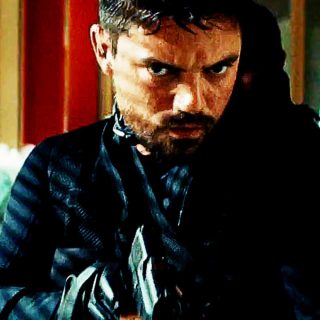 Stratton is an action thriller that serves nobody’s interest. Based on a series of novels by Duncan Falconer, the movie fails to attract attention. It is a simple tooth for tooth formula and the old world chase of insurgents in deserts and greens and also in the high streets of Greater London. It is an old wine served in a new bottle.

It’s all about revenge

M16 operative Jack Stratton is a proud member of the Special Boat Service in UK. He goes on an assignment in Iraq where he loses his longtime friend and partner. The Iraqi operation results in disaster for the army as it loses several of its commissioned officers. Friend of Stratton was one of the officers killed during the operation. Back home, Stratton misses his friend and also vows to do justice with his friend. It is an age old formula for creating film stories.

The story moves on with emotions

Everyone knows that there is no place for emotions in international politics. The Iranian mission was suggested and designed by senior army officers and casualties were expected from both the sides. The protagonist loses his friend and he blames no one but the insurgent they were attacking for the loss. What next? Another mission to nab the culprit; a long chase; some romance and finally the culprit is caught.

Inclusion of a beautiful lady boss who looks more foolish than attractive is simply bookish. Such characters might look good in books but in reality they make things stupid and undermine the seriousness involved in an international military operation. Stratton has a lady boss to guide and advise the team of SBB members. She sends Stratton with an American agent. Both the agents are asked to work in close cooperation.

Why the operation was needed?

Startling revelations about the terrorist activities justify the second operation after failing in first attempt. Stratton unearths many secrets and saves many lives in the second operation that is a success. The things move fast and the audiences are taken to the desert of Iran and then in the next scene they find themselves wading through the waterways of Rome.

The poster has John Stratton staring at the audiences and also there is another person standing tall behind Stratton. The first one is our hero and second one is the villain. He is made to look taller than the hero to show his strength.

It is an action movie and also it has suspense and drama. The only good thig about the movie is that the movie runs fast. There are two military operations and lots of secret revelations of terrorist activities. 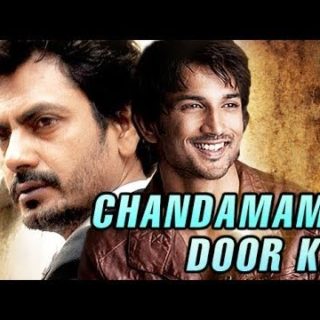 Sushant Singh Rajput likes to call Chanda Mama Door Ke the first space based film of India and also the MS Dhoni: The Untold Story actor claims that the movie would prove to be Indian Gravity (Gravity was an Oscar winning movie).

So, what makes Sushant Singh Rajput cheer about the movie?

Rajput is so excited about the movie that he went to NASA for space training on his expenses but the producers weren’t ready to invest a huge sum on Singh whose films aren’t doing well on Silver Screen. Though the story was written keeping NASA in mind, a compromise was worked out to complete the project out of USA due to shortage of funds.

There was a time when Sushant Singh Rajput and Sanjay Puran Singh Chauhan the writer and director of the movie were thinking of closing the project due to the forced compromise on location. NASA was the best location to shoot the movie but the location was shifted to UK due to financial reasons.

What’s the story about?

It’s all about India’s journey to space and the role that India plays in the global space science. The movie shows how India’s space program developed into a full mission and how the first Indian astronaut landed on the moon. It is a science fiction drama in which Sushant Singh Rajput playing astronaut and R. Madhavan will be seen in the role of a test pilot.

Will it be an educative movie?

It is difficult to say whether the movie will give any kind of education on India’s space program or on NASA because the film was completed with very low budget and expecting quality at this budget would be like daydreaming. Suiting location was changed from USA to UK and also there could be more compromises. Everyone is talking about the financial constraints the Chanda Mama Door Ke team faced from the start of movie.

Sushant Singh Rajput has really worked hard to get into the role of an astronaut. He went to NASA to take training and all the exercises of astronauts and also the movie has directors from Hollywood to give special effects to the movie. Also the movie has an educative story that is India’s space program.