The Late Bloomer: Kevin Pollak Could Have Produced Riotous Results

The Late Bloomer is the story of a man achieving puberty at a ripe age of 30. This sudden rush of adrenaline results in the person taking intense interest in women. Surprised with changes, he’s unable to control his feeling towards opposite $ex and $exual activity.

Dr. Peter Newmans (Johnny Simmons)is a young $ex therapist but he’s yet to achieve puberty.He’s undeveloped genitalia because of a benign brain tumor. An investigation of a sports injury in the groin area leads to the discovery of brain tumor as the real culprit. Soon he’s operated upon and he starts behaving normal. His pretty neighbor Michelle (Brittany Snow) becomes his first love interest. And a series of comic events starts after he becomes a normal man. 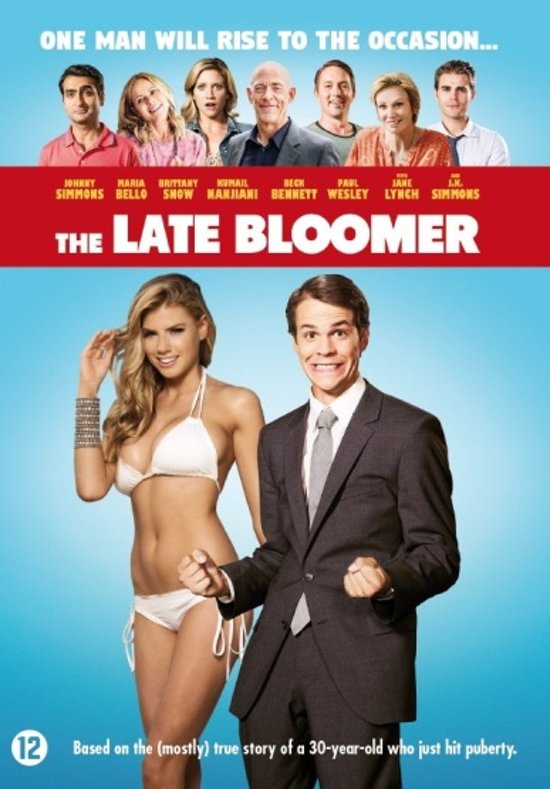 The poster has Johnny Simmons staring at the thighs of Brittany Snow who is standing tall before him. Johnny looks surprised but he’s smiling. He’s finally achieved puberty and now enjoying the company of a woman.

Adults would like this $ex adventure and comedy. It is strictly for adults and grown up kids.