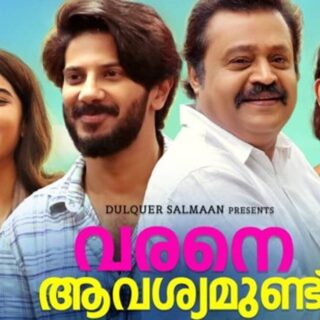 Malayalam movie industry has produced some good movies to watch them again and again. And OTT platforms are providing an opportunity to enjoy the best of Malayalam film industry anytime and anywhere.

Story of a single mother of a grown-up daughter falling in love with her neighbour who happens to a retired army officer but has grumpy behavior. Shobana and Suresh Gopi are in main leads.

A wrongly dialled phone number connects Jessy, a well-settled girl, with a rickshaw driver and they both fall in love. But the story becomes a thriller when they plan to meet.

The most awaited movie of last year, it narrates the story of a young motivational speaker working as a pastor for a multinational company’s scam. It shows money swindling in the name of faith in the society.

The movie cleaves the futility of male ego through a battle of powerplay between a cop and a rich planter. And it starts with a minor fracas. Biju Menon and Prithviraj Sukumaran are in the lead roles.

A group of Kerala cops is sent to the Maoist belt in Chhattisgarh on election duty where they face a surprise attack by Maoists and left defenceless without enough armoury.

It is a family political drama where a veteran political leader dies without naming his successor what provides his children an opportunity to enter the lucrative field. Also, there is a powerful villain for enough action and drama.

A student nurse and a part-time worker at a food-joint decides to stay longer at work after a spat with her father but ends up locking in the cold storage. Rest of the movie is about her struggle to survive in the freezer.

It is the story of gay love but beautifully portrayed to make it a treat for eyes. The story revolves around Akbar who comes to Mumbai in search for a good life but ends up becoming a don.

A man gifts a robot to his elderly widowed father but soon realizes that his father has become more depending on the robot instead of him. It is a humours story showing a bond between man and machine.

A superstar has an unfortunate misunderstanding leading to a battle of egos with one of his fans. And both have reasons to stick to their grounds. 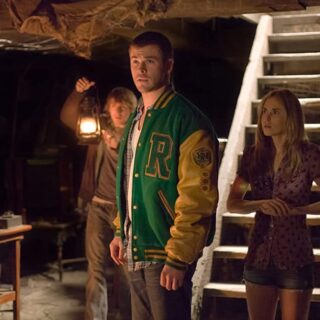 Chris Hemsworth is widely acclaimed as a versatile actor capable of essaying every role including comedy and action. Also, he has a large fan following that celebrated his birthday on 11 August by watching the best movies of their favorite hero.

The Drew Goddard directorial is a right mix of horror and comedy. Chris Hemsworth is part of a group of college friends out for enjoyment but they end up in an unknown place where they are attacked by zombies.

Chris Hemsworth and Daniel Bruhl are two legendary formula one drivers but they are infamous for their rivalry. Both the actors displayed wonderful chemistry in this 2013 Ron Howard movie and make it the best sports film.

Thor Ragnarok is a classic departure from the previous Thor movies because of two factors – Chris Hemsworth’s acting and Taika Waititi’s direction. Chris Hemsworth proved that he can give his best when working with the right team.

Bad Times at the El Royale (Disney Plus Hotstar)

Chris Hemsworth was recognized as an actor with considerable skills after this movie. The story revolves around seven strangers at a motel but they are hiding many secrets and following their motives. The basic premise of the movie is what happens when they land up at a motel.

Chris Hemsworth is a black ops mercenary on a rescue mission in this Sam Hargrave’s directorial debut. The master stunt coordinator director knows how to make the action scenes more thrilling. Chris Hemsworth has to rescue the son of an Indian drug lord.