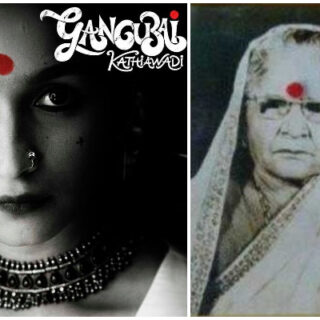 Alia Bhatt made her Bollywood debut with Student of the Year in 2012 and since then she’s continuously bagged projects one by one. Today, Alia Bhatt is considered a talented and successful actress with several blockbusters under her belt. Also, she’s ready to rock the cine world with her upcoming movies in 2020.

Here’s the list of most awaited movies of Alia Bhatt in 2020. This year, she’s working with S.S. Rajamouli, KJo and Sanjay Leela Bhansali.

Alia Bhatt and Ranveer Kapoor will work overtime in double shifts to complete Brahmastra as it is already delayed due to lockdown. The most awaited movie of the year, its launched has been postponed multiple occasions. This Ayan Mukerji directorial stars Amitabh Bachchan, Nagarjuna, Dimple Kapadia among others.

Alia Bhatt is debuting in Telugu films with RRR and also, she’s excited to work with S.S. Rajamouli of “Baahubali” fame. She’s bagged an integral role in the movie in which she’ll be seen with Ram Charan, Jr. NTR and Ajau Devgn. RRR will also be released in Hindi, Kannada, Malayalam and Tamil.

Alia Bhatt will feature alongside Kareena Kapoor Khan, Anil Kapoor, Ranveer Kapoor, Bhumi Pednekar, Janhvi Kapoor and Vicky Kaushal in the Karan Johar’s period drama “Takht”. One of the most talked-about projects in Bollywood, KJo surprised everyone by presenting the greatest star cast of his career in Takht. Also, a motion poster of the movie shared by KJo earlier this year grabbed quick attention of the viewers. 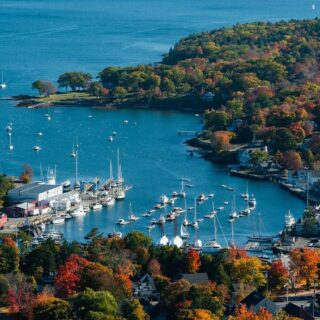 Bollywood movies are known for many things including location. And some movies are remembered solely for their locations. Also, directors try capturing attention of the viewers by taking them to different locations.

Here’re 7 most beautiful locations of Bollywood

Ranveer Kapoor and Deepika Padukone took the audience to a mountainous Mediterranean island called Corsica and known for its stylish coastal towns and dense forests. And the movie tries to capture every essence of the island community.

This Northern Island nation witnessed a surge in Indian traffic post release of the movie. Dilwale starring SRK and Kajol was a hit movie shot in Iceland defined by its dramatic landscape with volcanoes and massive glaciers.

In Rockstar, audience viewed the real Czech Republic as the movie was shot for 31 days hence viewers have more Czechia to see. It is a landlocked country in central Europe with plenty of deciduous forests, rolling hills and ancient edifices.

The beautiful snow-clad mountains seen in the movie belong to the Balkan mountain range near Bansko in Bulgaria. The country has Black Sea coastline but the movie was largely shot in its mountainous interior.

This beauty of this movie is the backdrop scenery of Belgium marked by medieval towns and Renaissance architecture. Bruges that was the attraction of movie is known for its palaces and canals.

The movie captures the real essence of Poland in Central Europe. It has everything from Tatra mountains to the traditional mountaineer houses. The movie got many accolades for its location and settings.

This Salman Khan movie was short entirely in Russia. Based on the Civil War and Russian struggle, it has all the attractions including picturesque St. Petersburg Park, The Hermitage Museum and St. Petersburg Church.